Shibuya is one terminus of the Tokyo Metro Ginza Line, the oldest subway in East Asia. Color-coded orange, the Ginza Line goes right across the heart of central Tokyo from Shibuya through the eponymous Ginza shopping area then up to the rail hub of Ueno and on to the ancient temple district of Asakusa by the Sumida River. The Ginza Line originally opened at Asakusa in 1927. 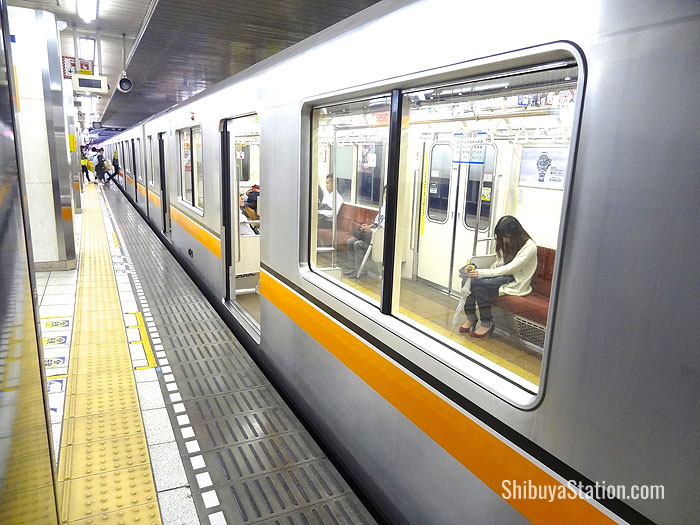 The Ginza Line subway carries over 1 million passengers a day 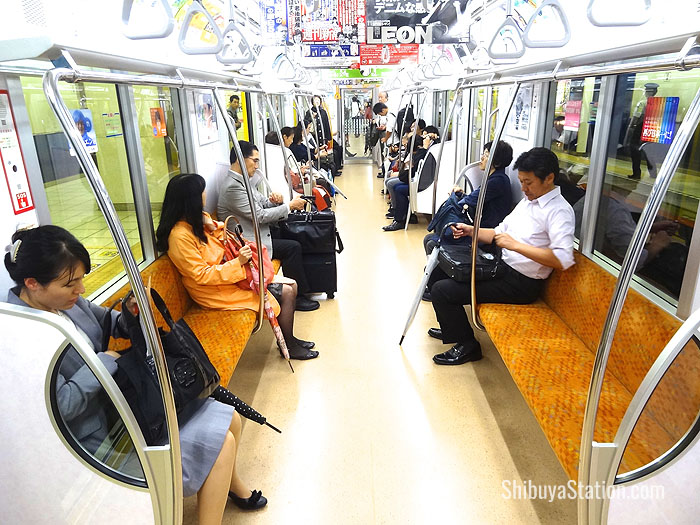 The first station of interest to travelers on the Ginza Line is Omotesando Station. It’s near the heart of one of Japan’s trendiest shopping boulevards, Omotesando, which is overflowing with luxury brand shops like Gucci, Burberry and Louis Vuitton. Omotesando Hills shopping mall and the Apple Store Omotesando are other retail magnets. To the northwest is Harajuku Station, Yoyogi Park and Meiji Jingu Shrine. The adjacent fashion neighborhood of Minami-Aoyama lies to the southeast of Omotesando Station.

Situated to the southeast of the Imperial Palace, Ginza is where Japan’s elite come to shop, dine and party. The Ginza 4-chome intersection where Chuo-dori and Harumi-dori streets meet, is home to the famous Mitsukoshi Department Store’s flagship outlet and Wako Department Store, with an array of domestic and foreign luxury brand shops nearby – not to mention the Tsukiji fish market, the largest in the world. The side streets are packed with gourmet restaurants, upscale bars and hostess clubs. 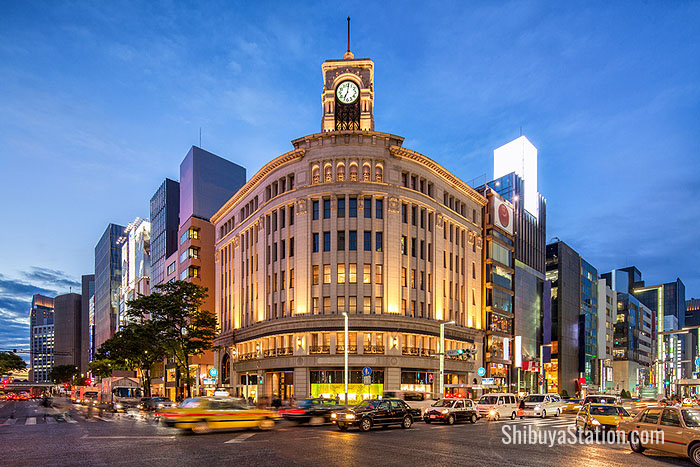 Exit here for Ueno Park, one of Tokyo’s major green spaces. It’s home to some of Japan’s most famous museums, including the Tokyo National Museum, and celebrated groves of flowering cherry trees (sakura), as well as Ueno Zoo. The nearby Ameyoko shopping area is packed with stalls specializing in everything from handbags to peanuts.

At the other terminus of the Ginza Line, Asakusa’s greatest attraction is Sensoji Temple, a sprawling Buddhist sanctuary that traces its origins to the 7th century. One of the most beloved temples in Japan, Sensoji is flooded with Japanese in January for New Year’s prayers, and is approached along the shop-lined Nakamise-dori. Numerous traditional crafts such as kitchen knives and sweets including age-manju deep-fried bean buns have been sold here for centuries. The nearby Sumida River is a good spot to ogle the Toky Skytree, the world’s tallest tower, and to board a ferry (suijo basu) bound for Hamarikyu gardens or Hinode Pier. 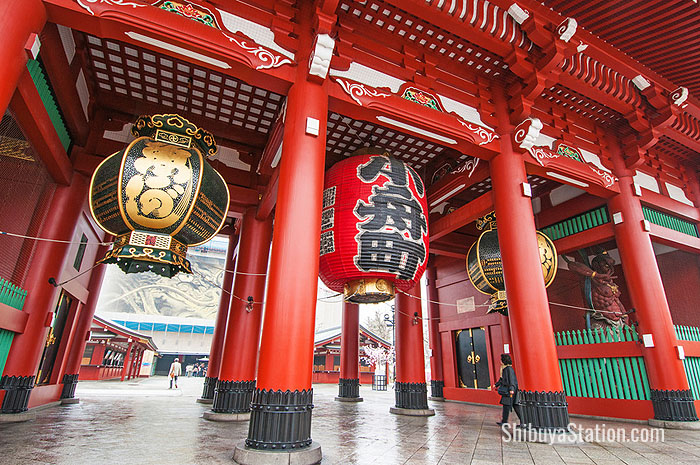 The Kaminarimon Gate leads to Nakamise-dori, the approach to Asakusa’s Sensoji temple

Asakusa Station is also a jumping-off point for the Tobu Skytree Line, which whisks people to the Tokyo Skytree, as well as Tobu Railway (via the aboveground Tobu Asakusa Station), which has express trains for Nikko, a stunning temple and shogunal mausoleum complex (as well as a UNESCO World Heritage site) north of Tokyo.

Article and original photos by Tim Hornyak. All rights reserved.